Our posada owes its name to this wonderful marine animal, but what is botuto? 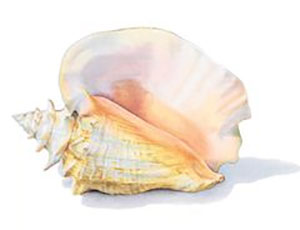 The king conch is a mollusk of good distribution in the Caribbean Sea and areas around there, extending to South Florida in the United States up to Brazil. Today they are practically extinct in the Granadine Islands, the Peninsula of Florida and Puerto Rico. In Venezuela their historical distribution was on most of the coasts, with maximun densities in the Federal Dependencies and the State of Nueva Esparta. Nowadays it is only abundant in some zones like the Los Roques National Park, Isla de Aves, and isla La Orchila. It's the biggest mollusk with shell in the Caribbean Sea, reaching up to 40 cm. Of length and weighting 3 Kg. It's found from shallow waters near the coast to depths superior to 70 m., but it's more frequent in 6 to 25 m. waters, where generally it's associated with sandy plains and sub aquatic plants.

Right now, the population of the king conch is severely reduced. In areas where they were abundant in the past such as Parque Nacional Morrocoy in the state of Falcón and the North east coast of the country today they are practically disappeared. Just like that their population density and mean size of the individuals has diminished, given to the commercial benefit of the object. At international level it's been declared like a threaten specie by the Commerce.

The population size is unknown. In areas without human pressure they can reach densities of 210 individuals per 100 m2. 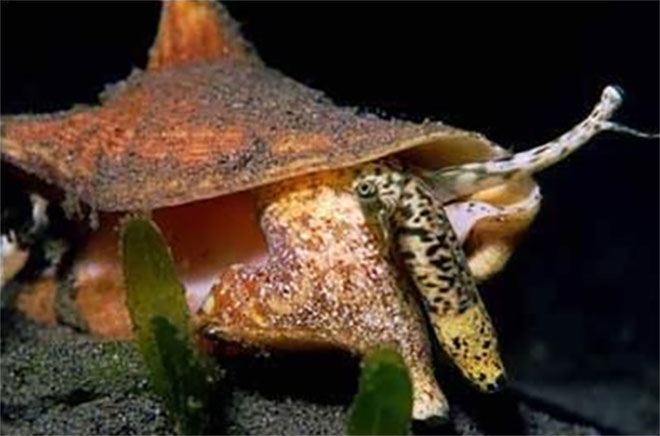 The principal menace is the fishing for commercial purposes, which has made it's nearly disappearance from most of the coastal regions of the country's mainland. Near 98% of the actual national production comes from Isla de Aves y Los Roques National Park, where their densities has diminished in more than 95%, which is evident from the numerous "pyramids" made from the shells of the samples captured in these islands. Most of the fishing is made during the ban to lobster fishing the same period when the king conch is reproducing (may to November), eliminating then the possibility for their population to recover from that extraction. The methods to capture it are very efficient, since a small boat with two fishermen can get up to 700 king conchs in six hours. Due to the overexploitation of the bigger samples, the pressure over the youngers has grown and they are captured before reaching their sexual maturity. A big proportion of king conchs captured in the country are commercialized illegally in the islands of Bonaire and Curacao, where their economical value grows.

In 1991 was established a general ban in the country for a period of 3 years but the illegal exploitation is still on. The Fundación Científica Los Roques has made detailed studies about the biology, ecology and fishing of the king conch in Los Roques and has made several recommendations about the best way to manage the problem. 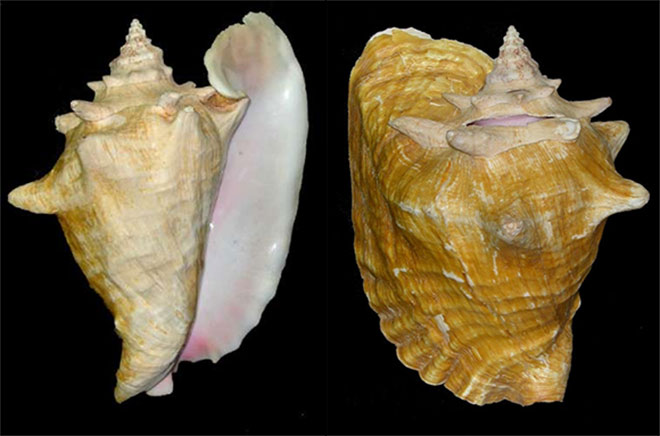 Studies made by The Fundación Científica Los Roques has made possible to suggest a series of measures which could be part of a greater plan to manage the populations of the king conch:

REMEMBER: IT IS AN ANIMAL IN DANGER OF EXTINCTION, DO NOT CONSUME IT, AS ATTRACTIVE AS THE CULINARY OFFER COULD BE, THE CONSERVATION OF THE SPECIES IS THE MOST IMPORTANT THING!